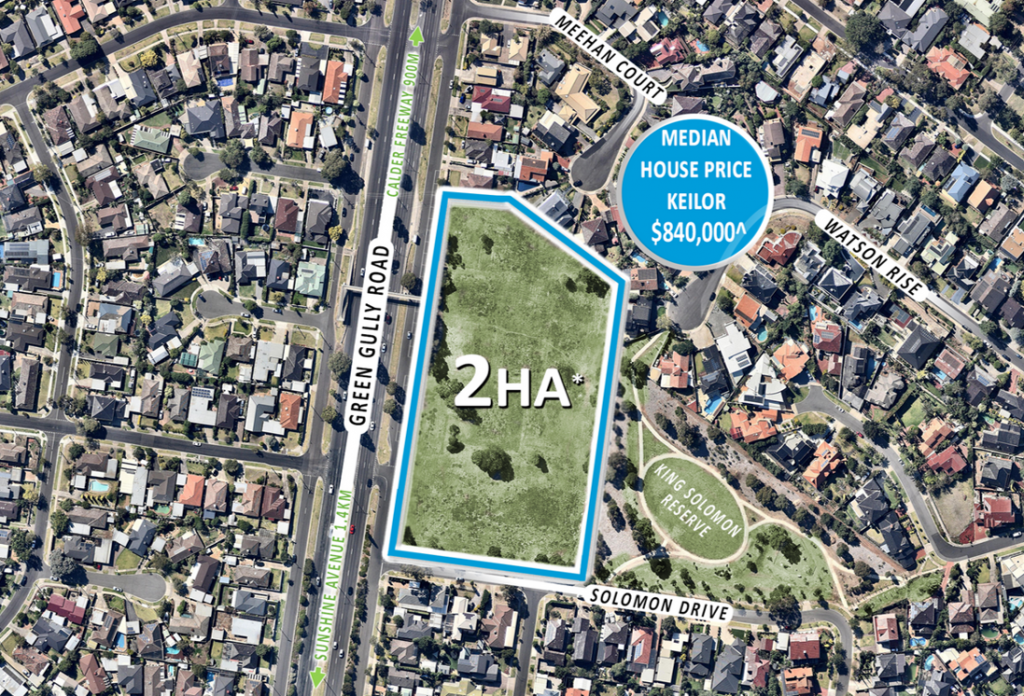 A local aged care provider is paying $8.2 million for a former primary school in Melbourne’s north-west.

The two hectare block at 32A Green Gully Road, Keilor, was contested by four bidders at auction yesterday.

The state government’s Department of Treasury and Finance listed the cleared Calder Rise Primary School after a dispute regarding whether the local council should buy it.

Member for Niddrie Ben Carroll made four unsuccessful offers to secure the land. Mr Carroll was considering turning the parcel into an oval and base for a local female football team.

The property abuts the King Solomon Reserve, which could have been connected into any new sporting field.

But some within Brimbank council were against the idea of acquiring it – the market value for the property was relatively high given the block’s attractiveness to residential developers.

Melbourne Acquisitions director Dominic Gibson and colleague James Latos said 75 groups enquired about the property, which is about 18 kilometres from the Melbourne CBD.

“Four bidders under a competitive auction demonstrates there is a depth and buyer confidence for well located properties, particularly when the vendors terms of sale were on a 90 day settlement with no plans or permits in place” Mr Gibson said.

“Many residential developers are looking for opportunities two-to-three years ahead and trying to build a pipeline while there are favourable buying conditions.

“Despite the forthcoming federal election, negative press and sentiment around residential markets, there are some early signs the market may have already bottomed,” Mr Gibson said, adding that “the rate of buyer enquiry so far in 2019 is certainly more positive than it was this time last year”.

Zoned Neighbourhood Residential, 32A Green Gully Road was promoted for its potential to make way for up to 40 conventional housing lots.

An aged care provider should be able to fit more than 150 units on the block as part of a facility which should also include visitor car parking and garden zones.